How Warner Music Canada is Crushing Video for Social 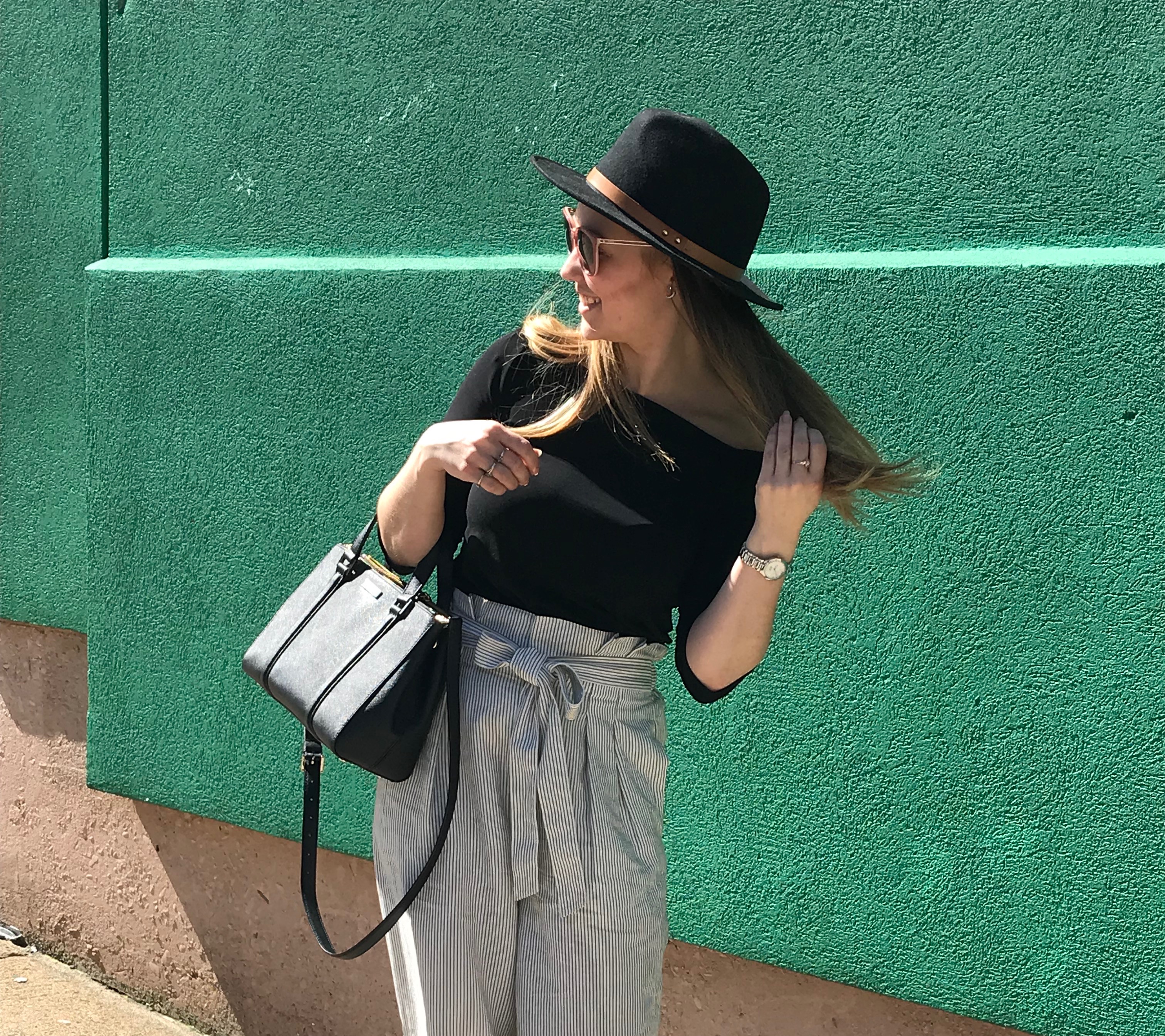 If a picture is worth a thousand words, what’s a video worth? When your brand is in the music industry: priceless.

Long gone are the days when YouTube was the one and only channel to watch your fav artist’s latest music video. The number of platforms that offer video capabilities continue to grow. Instagram alone offers a number of options for brands to leverage, including the feed, IGTV, Instagram Live, and Stories. So how do you decide what goes where? 🤷♀️

We asked an industry expert Connie Chan, social media and marketing manager at Warner Music Canada. When she first joined the team, they were outsourcing nearly 99% of their video content for social. Fast forward three years (plus a little trial and error to find their sweet spot), and she’s got that number down to 20%. She filled us in on her best practices for keeping up with ever-changing trends, and why it’s so important to take initiative to hone your video strategy.

1) You’ve always known that you wanted to work in the music industry, what jump-started that?

Growing up I was always interested in the music that was playing in the background on television shows, and I would wonder how it was curated. At the same time, I was helping my cousin who was a fitness trainer curate playlists for her classes. She once said to me, “You're really good at this… is there a job you can get into with it?” I was super intrigued, and ended up discovering a role called music supervisor—basically the person in charge of finding the tracks that play behind a TV show or movie. Fast forward a few years, and I was attending Ryerson University’s Radio and Television program, focusing on audio and production and the business of music.

2) What did the transition into social media look like for you?

During my time at Ryerson, I interned at six different places. As a music services intern at NBC in New York, I helped license the music for shows like SNL, MSNBC and Jimmy Fallon. It ended up being more paperwork than I ever imagined—it was long days of writing contracts and sending them to different labels for approval. I quickly realized that this really wasn't me—I wanted to be more creative. Around the same time, the concept of “influencers” was starting to gain momentum. I ended up doing influencer work in the electronic dance music scene. I realized this combined my love for music and my creative skill set, and that ended up being my ‘aha’ moment!

3) When did Warner Music come into the mix?

I always kept in touch with people in the industry, no matter where I was. One day, I got a message from the social media and marketing manager at Warner Music Canada saying that the role was opening up and he thought I’d be a great fit. They were looking for someone who not only knew social media but was also familiar with dance music to do some internal work, here in the Canadian market. It was the perfect fit for my background.

4) Before you came into this role, was video content already part of the brand’s strategy?

I have a background of working in roles with a focus on video content and production, so I was really able to help implement that into our Canadian territory. I was really adamant about the use of video content because of the seemingly dying medium of print. Beyond that, we needed to figure out a way to reach our audience through our Canadian outlet, because at that time, we were really reliant on the Warner Music U.S. outlets. My goal was to make Warner Canada an exclusive territory with original content coming from our own roster, while also being a place that people would come to for news that they wanted to hear first, from artists they love.

5) We hear from a lot of brands asking how they can convince their teams to produce more video content. Where video is such a strong asset for Warner Music Canada, what would be your piece of advice to them?

For one, you need to understand who your target audience is. For example, we wanted to start reaching Gen Z audiences. So we asked ourselves what are some things that they want to see, and through what platform do we want to reach them?

Secondly, making video content a part of your day-to-day strategy and implementing it in a way that isn't forced is key. From there, you need to have a grasp on your budget and know your limits. Not every company has the same budget that we do, or that larger brands might have. Video content can be done really easily. It's a matter of knowing the trends and finding a way to do it in a capacity that fits with your team. Not everything has to be shot beautifully on a fancy camera—it could be shot by a phone too. It's a lot of trial and error.

It takes time to understand what type of video actually resonates with your audience. We have a video series where we interview our artists. Initially, it was just us internally picking the questions, but then we realized we weren’t getting enough fan engagement because there wasn't enough buzz around it. We pivoted and decided to leverage the artist’s own fans. We would ask the artist to post on their social and ask their audience to ask questions, that they would later answer in a video on our handle. We quickly saw a spike in engagement, reach, and impressions across our video series. Fans love seeing their name said by their favourite artists, plus it's a bigger incentive for them to watch the video to see if their questions were selected or not.

6) You used to outsource almost all of your video content. How did you push to bring more of it in-house?

We hired a lot of freelancers in the past, and spent a lot of time figuring out what videographer worked best with each genre of music. After really looking into what type of video we were outsourcing, we were able to make the case for hiring a full-time videographer. It’s become such an essential role for us to have someone who's able to shoot on-the-go, whether it be for a series we’re doing or original content for our artist’s socials.

7) How do you fill the gaps with whatever you don’t shoot in-house?

There's a ton of Facebook groups and communities for video producers and editors. You can easily make a call out for someone nearby to help get those resources. We’re based in Toronto, but sometimes when we need a videographer on the east or west coast and we don’t have access to anyone so I’ll leverage those groups. There's always an influx of comments, suggestions, and references.

8) Between the feed, Stories, and IGTV, how do you decide where to post your video?

There's so much real estate on Instagram alone right now, it's really important to understand which channel performs the best with your audience. At Warner Music Canada we put all of our original content pieces on our IGTV and we rely on the feed for a more editorial ‘first look’ at things. We use Instagram Stories to pull the curtains back and give a behind the scenes view at what is going on at a photoshoot, and get more interactive with our fans. It's all about customizing the three different spaces. Every brand is going to have their own way of doing things, it's just a matter of what works well for your unique brand and audience. There's never a perfect answer in the world of social, it’s all trial and error. That's the best part of social; there's never a right or wrong way of doing things.

9) What are some of the biggest challenges of working in social media?

Keeping up with the trends can be a struggle sometimes. It's all about taking initiative in your role, especially in a leadership position, to keep everyone in the know of what’s happening in the industry and across different channels. Whether that’s through reading, daily subscriptions to a newsletter, or curating your own Instagram and Twitter feeds to outlets that you find influential and knowledgeable. Not only does it help you, but it helps the teams that you work with, and the company or independent brand you're working for.

10) We always save the best for last... what's your favorite Dash Hudson tool?

Well, the reason we found Dash Hudson is the link in bio solution—it’s a lifesaver! And the Instagram UGC tool is another favorite. I love being able to discover the content that our community is creating about Warner. It’s one of my favorite tools to use on any platform that I've ever had. It helps us be resourceful and stay within our budget. You don't have to spend money on making a curated photo or video, you can just go into your Dash Hudson UGC to see who has been tagging you and from there, what kind of content that you can re-purpose.

To watch and listen firsthand how Warner Music Canada is killing the video game, follow @warnermusiccanada, or check out the queen behind it all @constancechan. 👑