What Is Earned Media Value (EMV)?

To understand EMV, it is important to define Earned Media. Earned Media is any media created by your community that talks about your brand. According to Forbes, brands should consider Earned Media to be “the return of good-old ‘word-of-mouth marketing,’ albeit with a modern twist”. As such, Earned Media Value (EMV) is a metric used to quantify the value of branded content created by your community. In modern marketing, this often means measuring influencer effectiveness—though you’ve potentially paid for the media through sponsorships, it isn’t created by you, and is perceived differently by your audience than other owned and paid marketing mediums.
‍

EMV has become increasingly popular in recent years. This growth in traction can be attributed to the continued sophistication of brands’ creator and influencer marketing programs. As these programs continue to mature, influencers of different sizes and audiences are being included (as opposed to traditional tactics, which heavily favored larger influencers). With EMV social media becoming more creator-driven with the emergence of the short-form video format, this trend is expected to continue, and EMV will become more prevalent as an industry standard.

How is Earned Media Value Used?

At Dash Hudson, earned media value is used to accurately estimate the value of influencer posts and relationships, using an algorithm that considers the reach of a post, post engagement, and follower growth rate. It gives an apples-to-apples comparison between creators and individual pieces of content that brands can use as a baseline for measurement.

In many cases, micro-influencers (less than 10,000 followers) can be more effective than macro-influencers (100,000+ followers) because they have highly engaged, niche target audiences. However, if a brand is evaluating its influencer program as a whole, it becomes extremely difficult to accurately measure and compare the ROI of each influencer, especially since partnerships with smaller influencers are less expensive. EMV allows brands to compare influencers of different audiences to determine which content creators drive the most return in their marketing strategies.

How to Calculate Earned Media Value

There is no industry standard for how to calculate EMV on social media analytics platforms. Some calculate EMV based on the channel that the post is on—in order to compare Instagram content solely with Instagram content—while others have a global metric that isn’t channel-specific. There are also discrepancies in the equation, with some focusing on impressions, and others focusing on growth. These discrepancies may lead to confusion when brands compare metrics across social analytics tools.

Dash Hudson calculates the EMV by social channel, to make sure you’re optimizing your content for each channel. Dash Hudson’s EMV is based on an algorithm that takes into account metrics like reach, as well as follower growth rate.

As EMV is a newer metric to the social media marketing stratosphere, there are some common misconceptions and points of contention. Firstly, EMV is expressed as a dollar value; however, it doesn’t represent the number of real-world dollars that the influencer has brought in, or the amount that a brand should pay that influencer in paid advertising. Instead, it acts as a benchmark, where influencers with higher EMV are more impactful.

Using EMV as a Baseline for Your Influencer Marketing

While EMV is only one piece of an influencer management strategy, it provides a useful benchmark to understand social media content and influencer performance. As a result, it is recommended to serve as one of the baseline metrics brands use to evaluate their influencer marketing programs. An impactful and complete audit relies on access to accurate data, as well as dedicating the time and effort to make strategic decisions based on that data. EMV, especially when calculated with true data from a badged social media partner (such as Instagram Marketing Partners), can provide a great baseline to measure both overall performance and ROI.

From there, teams should take a deep dive into other metrics such as followers gained, total engagement, as well as conversion data. For example, if a particular piece of content from a typically high-performing content creator has a low EMV, that’s an indicator that you should dig into that piece of content and compare it with similar content that has done well. It is recommended to review factors such as posting time, caption, medium (feed posts versus Stories), and style of content (static shot versus lo-fi, video versus tutorial-style).

The Power of EMV

EMV is a way to get an apples-to-apples comparison of one influencer to another, as well as one piece of content to another. While EMV is shown as a dollar amount, it’s merely an objective measure of performance. Using an unbiased engagement metric as an indicator of performance empowers teams to spend more time focused on marketing efforts, and less time using vanity metrics to figure out if those efforts are worthwhile. 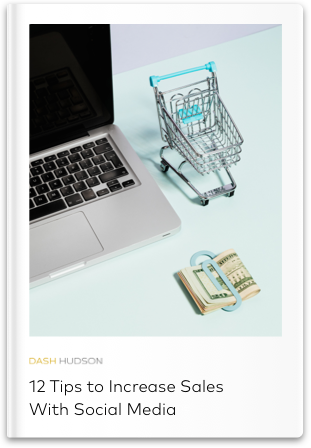 How can you increase your earned media value?

Your brand earns media by putting out good content. The best way to improve your overall earned media value is by creating content that is meaningful and shareable. The better the content that you are producing for your brand and audience, the more likely it is that your content will be shared and interacted with more often. The more your content is shared and interacted with, the more your EMV will increase over time.

Earned media channels consist of blogs, posts, tweets, videos, and more, from your website and social channels. The value in this earned media comes from when users are interacting with, commenting on and sharing the content to their own profiles and followers, which is why it is so important to be planning creative, shareable content for your feed.

Are there other ways to calculate EMV?

Measuring earned media is completely subjective to each brand and what they are looking to track. This means that there are many different ways and combinations that can be put together to calculate EMV.