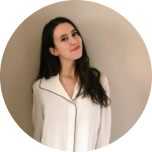 Fall Fashion Week is always a much-anticipated event, but this year the excitement levels seemed to be at an all-time high. The fashion community held its breath as it waited to see how designers and fashion houses would adapt to runway shows in a “socially-distanced” world—and they did not disappoint. Designers not only drew inspiration from the global pandemic, but gave fashion fans the chance to watch the shows digitally via social media for the first time. We used Dash Hudson’s predictive AI technology to dig into the first half of Fashion Month and see how brands such as Vivienne Westwood, Tom Ford, and Halpern took on the opportunity to have +1 billion Instagrammers sitting front-row.

When originally asked about his SS21 Collection, designer Tom Ford said the inspiration came from the hope of a happier time and clothes that made people smile. Judging by the Instagram response to this Fashion Week showing, audiences’ needed a glimmer of joy more than ever this year. Sharing 21 shots on Instagram, the collection reached a staggering 60.4 million accounts - 5900% more than any other designer thus far.

Similar to Tom Ford, Anna Sui’s SS21 inspiration came from something that no one was exempt from in 2020—ample time spent at home. Creating a collection that reflected all the things in life she loves, the result was a series of girly and romantic pieces that left viewers with a cozy feeling of home. Debuting the collection on Instagram Live before infiltrating the feed, the lookbook of photos and videos reached +563% more accounts than are currently following the brand on Instagram. The finishing touches were the blueberry pie and paper dolls incorporated into the collection that brought waves of childhood nostalgia.

Elegance and simplicity were top of mind at Fashion Week for Anne Klein, as the brand focused it’s SS21 collection around strong women and diversity. Using the hashtag #AKxNYFW, the brand featured powerful portraits with motivational captions attached to them. The results were positive, reaching +132% more accounts than are currently following the brand on Instagram.

2020 has been a year like no other, and Michael Halpern embodied this with a fall fashion week presentation to match. To showcase his collection, the designer featured eight frontline workers in his clothes and produced a short film on their individual stories of working throughout the pandemic. From health care workers to bus drivers, the heroes of the past few months captured the hearts of Instagram users around the world. This profound campaign engaged followers +52% more than the industry average and won tons of support.

To everyone’s surprise, Dame Vivienne Westwood’s SS21 collection was only featured on her Instagram feed three times, sharing two carousel photos and a video. But, it wouldn’t be a Vivienne Westwood show without a little bit of activism sprinkled in. The designer took a sustainable approach, committing to only showing once a year from now on in an aim to encourage consumers to buy less and swap more. The two photos reached more than 1.1 million pairs of eyes and received lots of praise.

If a little bit of light and hope were needed this year, designer Molly Goddard delivered just that. Her SS21 collection was filled with beautiful spring hues of pinks, greens, and yellows, and puffy skirts that cascaded down the runway. The catwalk was situated in a stark white room, providing a strong contrast to the vibrant dresses. Streamed on both Instagram and YouTube, the content performed +162% higher than the industry average and had the highest average engagement rate of any Fashion Week showing so far.

And just like that, the first half of Fashion Month has come and gone. Things may look a little different this year, but the world’s best designers have proved they are not afraid to tackle hard topics and change the way things have always been done. Exclusive runway shows are a thing of the past—fashion labels and fans alike have welcomed the digital runway that is Instagram with open arms. Stay tuned as we await what Milan and Paris Fashion Weeks have in store for us. ✨

The Impact of Visual Intelligence on Trend Forecasting